Incongruities/ A Mental Disconnect for Me 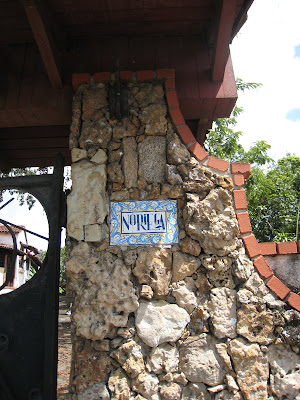 So everyday we met with Realtors to look at investment properties, and on this day, Janet Novak of RE/MAX Beaches and City took us around. (It's always a pleasure doing business with her.) Anyway, along our stops, she took us to see Noriega's home. It's abandoned and vacant now, but it has huge historical Panamanian significance. At the time we saw it, I wasnt aware of how much. This was on 1 Feb. 09. I am aware now (March 09).

Another reason that we had for this trip this year to Panama was to see if we were just infatuated with it last year when we were on vacation. We didnt buy souveniers, but we bought a condo in Panama City, and one at Playa Blanca, at the beach...we love the country and many things about it...the people, the use of US dollars, the food, the prices, the weather, the water, the amazing differences in climate and terrain (beaches, mountains, cities, jungles, rivers, oceans, and more).

So we wanted to learn more on this trip. We are seriously considering it a place to live and work and invest in for real estate. Maybe part time, maybe full time.

So when we got home after being there and traveling around for a month, I got the book and read "Panama, the Whole Story" by Kevin Buckley. I was pretty much shocked and disheartened to see what happened there in the 1980's to 1990, when the book ends. That wasnt that long ago! I vaguely recall reading and hearing about those things, but lets face it, at the time I was having and taking care of 3 babies, and we were working hard to sell real estate here in MD. However, I did read the Washington Post every day, and heard the national and international news on a regular basis. I was internationally and politically aware I thought. 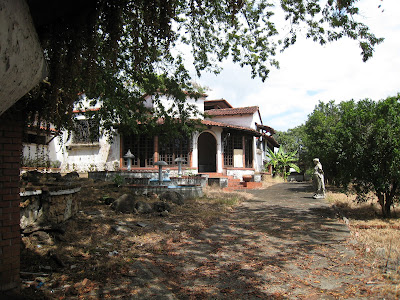 What I found out from the book was that it wasnt only the Panamanian government and Noriega that were totally shady, but also Bush the father, Reagan, Cheney, Scrowcroft and lots of others. All mostly inept and liars. Even C.Powell could be drawn into this..there were also heros in the Senate that tried to help, but were tharted by our own government. Many people needlessly were beaten, tortured, and died as a result of this stupidity and political game playing.

I'm sorry to say that at that time, my focus was more on Europe, Asia, and Vietnam. Not that I could have
done
anything. But I didnt realize the 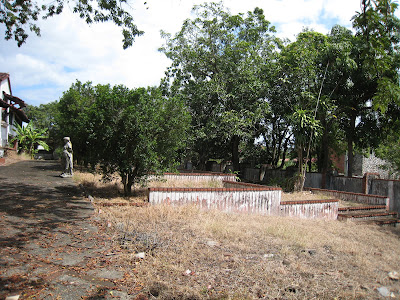 suffering and turmoil that Panama endured.

Which is why I found the book so shocking. Returning from there, I saw no signs of the very recent past. The country seems to be totally different than its recent history. Although some there have alluded that corruption still exists, it seems to mostly entail getting paperwork through beauracracy...not death and killings or secrets and terror.
And there is a saying there that is heard all the time..."It's Panama"- which has many meanings Im sure. But sometimes you hear it when 10 cars just go through a red light, or when people say something will be delivered by a certain time or date..like furniture, or the completion of a building and its permits and occupancy, and much more. Its like of like...do your own thing..no problem! Cool in some ways, and in a country with only about 3 and a half million people, its seems to work out ok. But maybe that is just the new attitude, after the oppression of the past..it needs to be that way for a while, to make up for the past. 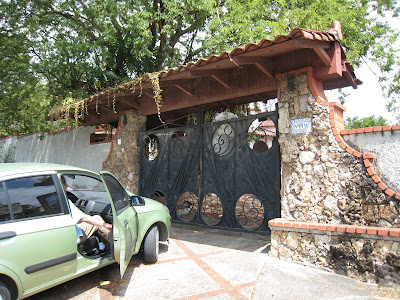 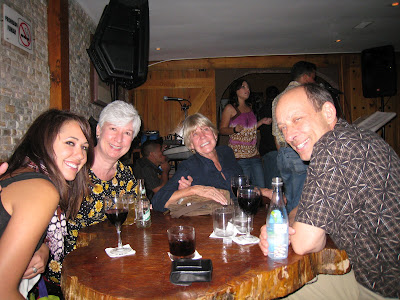 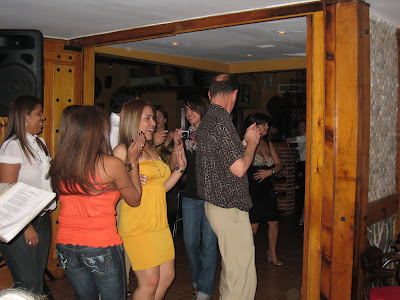 So the Panama that we keep/kept seeing is full of people who are kind, helpful, friendly, love to dance, make friends, dont have road rage cause actually no one pays attention to road rules (except wearing seatbelts- they seem to respect that law), enjoy good food, and rum and cokes are $2, their very good beers are $1, and their corvina(fish) is everywhere, so everyone, or most, are able to eat well for little money. Public transportation is easy, everywhere, and dirt cheap.

I wish we could make friends here at home as easily as we make them in Panama.
Posted by Life is good...except for sometimes. at 10:38 PM