Buyers Beware, 5 Hypnotic Home Staging Techniques- and How to See Through Them. 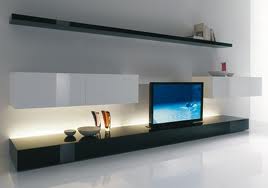 We all know how important home staging is if you’re trying to sell a home. It’s equally important when you’re buying real estate for exactly the same reasons. Just like a person you meet on a blind date, staging is all about highlighting assets and deflecting your attention from any flaws. As a buyer, you have to learn to look past the staging and see what lies underneath.

That’s not as easy as it sounds because clever staging can be hypnotic. I once had a client who called this the "vortex of cute." If you hear yourself oohing and aahing over wall hangings or a fabulous sectional, watch out!  Even if you’re buying a furnished home, which is rarely the case, you're focusing on the wrong thing.

Understanding hypnotic staging techniques will help you break their spells. Here are five of the most common, along with corresponding tips that will help snap you back to reality so that you can really see what you’re buying.

Hypnotic Staging See-Through #1:  Tiny Furniture. I’m sure that you’ve gone through your closet at one time or another to put together an outfit that made you look smaller than you are (fine, then – I’ll speak for myself!). Well, house staging aims to accomplish the exact opposite. By opting for very small furniture, rooms can be made to appear much larger than they really are.
That can be a problem if those rooms don’t accommodate your lifestyle.

I’m not recommending you turn away from a potential home just because it won’t fit your Nana’s custom-made-for-her-13-kids-and-their-spouses dining room table. But if the 'kids bedroom" won’t fit a standard-sized bed and dresser,  or you’d have to be the size of a Barbie doll to fit on the chaise lounge that the living room is sized to fit, you’ve got a problem.

Should you fall in love with a place that's heavily staged with tiny furniture, bring measurements of your furniture and a tape measure on your second look to make sure they’ll actually, comfortably fit.

Hypnotic Staging See-Through #2: Camoflauge and Cover-Ups. Just like baked cookies can make a house smell homey, gauzy wall and window coverings and soft music can make it seem positively dreamy. Downside: they can also camouflage a whole lot of nastiness. Don’t be fooled: investigate. You need to know what the natural light and sounds will be like after the gauze is gone, so ask for the music to be turned off and throw open the curtains. Then look outside the various windows to see what’s out there – I’ve seen power poles, neighbors’ patchwork roof repairs and even, once, a backyard dog fighting ring, obscured by gorgeous window coverings.

Speaking of looking, make sure you draw back any and all coverings, and open all closet and cupboard doors. I know a homeowner who only found out after she had purchased her home that the built-in microwave was powered by an extension cord. She hadn’t wanted to snoop, so (much to her electrician’s subsequent delight) she simply didn’t check behind door #17.

Hypnotic Staging See-Through #3: Activity Props You’ll Never Use. Don’t you just feel all warm and fuzzy when you walk into a room with a lovely crib and a baby mobile? See a room with well-organized shelving and a craft table and you immediately imagine yourself scrapbooking or quilting. Yoga mats and meditation pillows almost make you want to find your mantra, but also make a room seem more serene than it will ever feel when you actually live there (considering you’ve never said a single ‘om’.)

Come on, now - this is you we’re talking about. Unless you have—or plan to have—a baby or already do crafts or meditate, you need a home that will fit your lifestyle, your needs and your wish list. So when you feel yourself being swayed, just make a list of the activities you actually do in your current home and want to do in your new one, and pay attention to whether a given prospective property actually has space for those items.  (I’ve heard that stamp collecting can take up almost as much space as cultivating orchids – who knew?!)

Hypnotic Staging See-Through #4: Any item that seems to be there strictly for appearances. Décor can often hide or diminish the appearance of flaws that seem like small potatoes in light of the overall fabulosity of the place, but can actually prove expensive to change. So check for items that seem like they might have been put in just for looks—including curtains, rugs, paintings and doorways with no doors on them—and then don your sleuthing hat to figure out what flaws they might be concealing.  Water stains and wall cracks can be covered up (sometimes intentionally, sometimes not) by area rugs and wall hangings, and wonky floor plans can be staged as more open by taking the doors off their hinges.

Hypnotic Staging See-Through #5:  Neighborhood staging. Before you get off investigative mode, you’ll also want to check out the neighborhood. Not the staged neighborhood -- the real thing, warts and cars on the lawn and screaming schoolkids and all. I've actually seen neighbors move their cars and refrain from their normal (noisy) activities when there’s an open house on the block. Even without that kind of intentional neighborhood staging, most open houses are held on a relatively calm days of the week and times of day, when traffic is light and noise is low.

Agents: What staging see-throughs have you developed over the years?

Buyers and Sellers: What about you? What staging techniques have you found to be powerful – or pitiful?
Article by Tara-Nicholle Nelson@Trulia 11/14/2011-broker in San Francisco CA
Posted by Life is good...except for sometimes. at 11:54 PM No comments:

In Case of Emergency!!

August 23, 2011
One of the strongest ever recorded earthquake in the east coast shakes Washington D.C. and the Metro area this afternoon at 1:51 pm.  Until this news posted no death is reported but some people injured. According to the U.S. Geological Survey  the quake  initially recorded the quake at 5.8 magnitude but later upgraded it to a 5.9.

So as we all know, in August the East Coast experienced both a 5.9 magnitude earthquake as well as Hurricane later that week.  For those of us who have lived in this area our whole lives, this is unusual news. As such, most of us were unprepared or scared by these events, since they didn't fit into our sense of reality in our lives. Perhaps because of climate change, we need to rethink what we need to be prepared for, and to experience. This week in October, we also had a freakishly early ice/snowstorm..which downed trees and left millions without power. Millions are still without power up the East Coast, and it may still be another week before they get their electricity restored.
This is not meant to scare anyone..these are pretty much freak occurances around here....at least for the past hundred years.
I was home alone in August working on my computer when the earthquake hit...wow..my whole house was shaking, and then I thought that perhaps my washer and dryer became possessed like in those scary movies- they were dancing the jitterbug in my laundry room, and by that time I thought- uh oh, I'm going crazy and  hallucinating because I have NO IDEA what is going on here. (I have never experienced an earthquake before.)
And then finally the laundry room stopped screaming metal noises,the earth and my house stopped shaking, but I continued to personally shake for about another hour and a half. Luckily we didn't lose power, and a few minutes later CNN told me that we had an earthquake, which in some ways was comforting, and in other ways, confounding to me. Nevertheless, now I know what it feels like, and have been educated by experience.
But it made me aware that we need to know what to do in these situations, as evidenced by how me, people in DC and all the surrounding areas, all up and down the East Coast...did things exactly WRONG as we should have, so I am sharing some valuable information with you all ...not only us in the East Coast, but travelers to the West Coast and all over the globe, in case you find yourself in a confounding experience like we did. Please read and try to remember in case of an emergency.